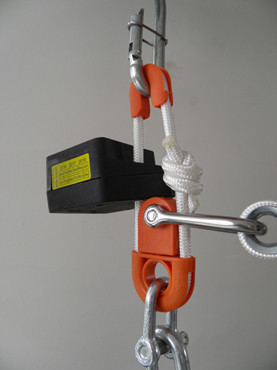 The HRU was developed by Kunihara Fumita a former DNV director, who studied existing models on the market. His goal was to create a reliable HRU causing less maintenance, easy to handle and creating less waste. His model was based upon existing models, though he used new materials, tested for 3 years and created this new HRU.

By using new high grade materials, the SEAMATE HRU VE-1 is having a 3 years expiry date after installation, in average 50% longer than the average products currently have.

By increasing the expiry date with 50% it also means 33% less waste of this disposable HRU and 33% less maintenance.

From 2008 till final approval, being done by DNV in 2012, thousands of HRU was tested inside laboratories and in practice. Once when the product was ready  T-ISS was chosen as cooperation partner for the global distribution. Fumita nowerdays owner of SEAMATE Japan created together with T-ISS a production facility in Guangzhou

The  SEAMATE VE-1 has a DNV wheelmark approval module B&D and complies with USCG regulations.